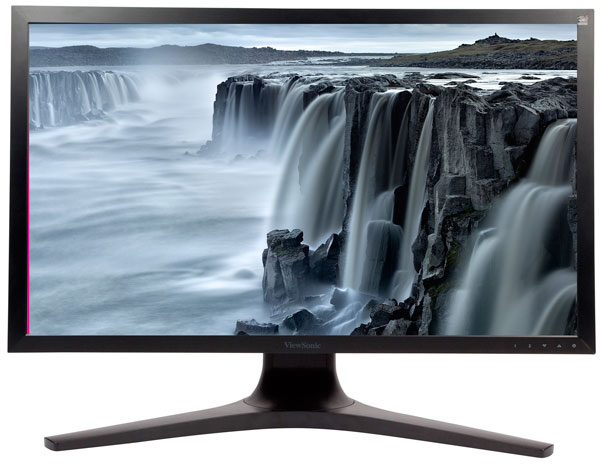 You may or may not have heard of the ViewSonic VP2780-4K because it doesn’t have the words “Dell” or “Apple” attached to it but I assure you it’s one of the good ones and is worth mentioning amongst the giants. Ok who are we kidding, ViewSonic doesn’t need our sympathy. They do about $1 billion in sales annually.

That’s neither here nor there. Your attention is probably on which 27-inch monitor you want to buy. There are so many 27-inch monitors out there that it can be a bit overwhelming trying to figure out which one to buy without immediately doubting whether or not you made the right decision.

What we try to do with these reviews is give you the full gamut of information regarding the 27-inch monitor we’re taking a look at. That way you can see if it fits your needs.

So let’s get into telling you all about the ViewSonic VP2780-4K.

This monitor is known as a Professional Ultra HD LED monitor. That’s a lot of adjectives that basically means it delivers a wicked sharp picture or at least is supposed to. Other 27-inch monitors have slapped those titles on their products when they were unworthy.

Let’s look at the specs of the ViewSonic VP2780-4K to see if it lives up to that description.

Here’s what the port situation looks like in the back:

The ViewSonic VP2780-4K is built to handle high-def videos and graphic-heavy applications. That’s what it was born to do. Straight out of the box this fact is clear. The image comes through ultra-sharp with vivid detail smacking you in the face.

Response times comes in at 5 ms which is excellent for gaming. I’ve seen an article or two ragging on this response time but this is totally fine for any gamer. Anything better and I swear you won’t be able to tell the difference. You’ll just be spending more money.

You can use the ViewSonic VP2780-4K for the following:

What kind of price are we looking at?

If you’ve got some money saved up and are looking to invest in a robust 4K monitor, I highly recommend ViewSonic VP2780-4K due to it’s performance and ability to deliver high-quality imaging. Sureyou could save up several hundred more dollarsto buy something more expensive but “expensive” doesn’t always mean “better.”